I left a career as a Hollywood ghostwriter to start my own college essay consulting business. Here’s how I did it. 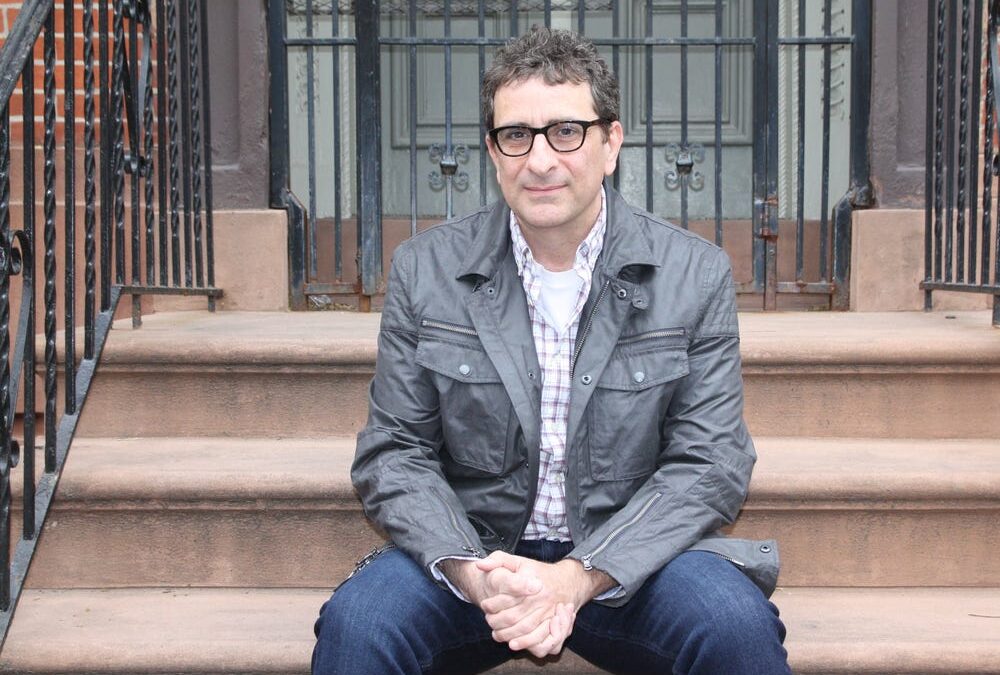 This as-told-to essay is based on a transcribed conversation with Robert Schwartz, a college and graduate school admissions essay consultant and founder and president of Your Best College Essay from Brooklyn, New York, about how he built his company. It has been edited for length and clarity.

My first break in Hollywood was as a scriptwriter on the staff of several highly forgettable TV sitcoms. It got me in the writer’s room and into the union.

But being successful meant befriending the next great showrunner, having the right agent, and parlaying one job into the next — things I wasn’t very good at.

From the late 1990s to mid-2000s, when movie studios were flush with development money, they made 25 movies a year and had 100 scripts in development — this was before the studios decided to just make five movies and didn’t develop as much, so my end of the business dried up — so there was lots of work for writers like me. There were always dozens or more writers working on scripts for the dwindling number of stars who could open a film.

It wasn’t uncommon for an actor or actress to have half a dozen scripts in development. The hottest writers were always working on a few scripts at once (“stacking”) and regularly subcontracted out vast portions of the scriptwriting work to another writer, or “ghostwriters.”

If you couldn’t get a writing job on a TV show or weren’t on the “approved writers” list for studios — and your self-worth was not a consideration — there was money to be made as a ghostwriter.

A ghostwriter is hired by the script’s credited writer or by the producer or studio to write, fix, or rewrite a script 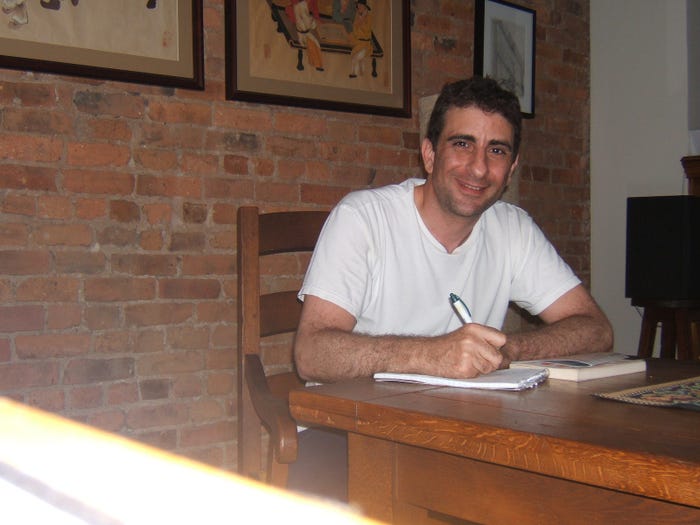 Schwartz in the early 2000s writing a script.

A ghostwriter understands they’re doing so without credit.

The pay was often good, you made your own hours, and no one except the people who surreptitiously hired you knew you even existed.

I was a freelancer/contractor on the scripts I ghostwrote. My fee was negotiated. As an example, the writer who sold the script might’ve been paid $250,000, and for my ghostwriting work, I was paid $25,000, along with a bonus if the film got made.

The drill was this: A script assignment sale would happen, there was a splashy announcement in the trade publications, and my phone would ring offering me a flat rate to write some portion — or occasionally, large portions — of the script.

I had to be fast, easy to work with, and not prone to complaining. I’d be provided an outline for the script, write scenes or a few in a row, then read drafts and rewrite pages along the way.

Over five or six years, I ghostwrote scripts for films starring Will Smith, Jim Carrey, Angelina Jolie, and others, along with a TV pilot or two.

It was good fun until it wasn’t

Ten or 15 scripts into my tenure, I looked at where I was. I could work for weeks straight, then not again for half a year.

I started to see less movies developed, less writers hired, less work for someone like me. The anonymity lost its allure, and I started to complain.

I didn’t see a future for myself. So I walked away and started working in journalism instead, freelancing as a journalist for Entertainment Weekly, Variety, ESPN Magazine, The Daily Beast, and other publications.

A few months later, I spotted an online job listing from a grad school essay company looking for a writer with a background in TV, feature film, and journalism

Their thinking: A TV writer is witty, a screenwriter can construct a story, and a journalist can get strangers to confess everything to them. They saw these three skills as essential to helping graduate school applicants with their admissions essays.

I had, coincidentally, just finished helping my lawyer’s daughter with her Brown essays. I had fun, her essays were stellar, and she got accepted.

On the phone interview, one of the owners complimented me on my experience, my resume, and that Brown acceptance. But when he asked where I went to college and I didn’t say Yale or Princeton (they wanted to sell me as their Ivy League advisor), the call ended quickly, and I never heard from them again.

The following day, my lawyer said, “Just do it yourself,” which didn’t seem like a totally idiotic idea.

Over the next 2 weeks, I opened an LLC, registered a domain name, found someone to throw together a website, and opened a business

To get applicants those first couple of years, I did everything I could. I went to college nights or SAT test days at local high schools and plastered promotional postcards on car windshields. I sent out mailers — thousands and thousands of mailers. I did my own SEO. I shoveled money in Google’s direction for ads.

My first year, I had four applicants, but steadily over each year, I got better and busier.

This past year, I had nearly 100 applicants, including undergraduates and med school, law school, and business school applicants. Just last year, applicants I worked with were accepted to Yale, Brown, Columbia, UChicago, Cornell, UPenn, Dartmouth, and Berkeley. I’ve worked with applicants accepted to Harvard, Stanford, and MIT, too.

Up to nearly half of my day is spent talking to an applicant applying to college or graduate school.

I engage with them trying to figure out who they are, what they want, how they’re exceptional, and what they should write about in their essays. I see it as a fact-finding mission.

These five strategies helped me turn my idea into a fun, viable, and lucrative business:

Respect and know your competitors

When I first started out, there were very few competitors. The college essay consulting business was done by the local English teacher.

But now, it’s a crowded field. My potential customers are talking to them now, too. I had to be better and smarter than they are to get clients. I had to adapt my marketing strategy to differentiate myself.

Also, my marketing strategy was to pursue applicants applying to only elite schools, rather than top 25 schools.

I researched who my competitors were and did my best to understand how they work, what their process was, and how much they charged. When I knew who was out there, I tweaked everything I did so it made sense from a personal and business standpoint.

I noticed that many of my competitors charged applicants by the hour — so I set flat-rate plans based on the number of schools a client was applying to.

Work for dirt cheap in the beginning

When I started, I made sure my prices were low to get applicants in the door, but still enough to make my time, effort, and expertise worth it. Some clients I took on pro bono because I wanted to get some great results early to know how to do my job.

And I took on any applicants I thought I could help get results. Once I started to understand my business and what my value was, I raised my prices.

In the beginning, my average per-client fee was $800. Now it’s four times that. Currently, I make five times now what I made as a ghostwriter in Hollywood.

I made so many mistakes early on, I’ve forgotten half of them. I knew nothing about online advertising and wasted thousands on Google. I spent too much on mailers.

I underestimated how much work it would be to work with kids over the phone and took on applicants I shouldn’t have. Over time, I made adjustments when I made a mistake, changed my way of doing business, and prioritized what needed to be done.

Make it easy for customers to understand your services

I can’t even estimate the amount of time I spent on the phone explaining my services and trying to get people to “yes.”

To save time, I crafted documents explaining in meticulous detail my process, what they can expect from me, and what I expect from them, and another with terms and fees.

Present these documents first to a prospective client, so they know what you do and how much you charge before committing to a long phone call.